Dr. R Andrew Powless has been Elected President of the Woehler Research Group for 2021 – 2023

Florida Special Care Dentistry is pleased to announce that founder Dr. R Andrew Powless has been elected President of the prestigious Woehler Research Group for 2021 – 2023.

Woehler Research Group is the oldest continuously running dental study club in North America and membership is limited to 25 members at a given time. Additional guests can be invited by members to attend the continuing education meetings. 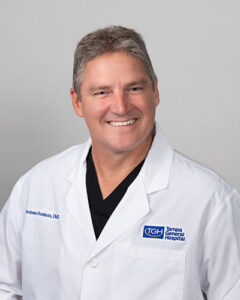 Dr. Powless started attending the study club in 2009 and joined, as a member, in 2012. He has now moved up through the chairs and was elected President for the 2021-2023 term. As president he will be leading and conducting the business of the group.

The Woehler Research Group offers to selected guests a yearly contract, which traditionally includes two weekend seminars of two days each, usually in a southern location; and an annual fall meeting of three days at a unique setting. The Woehler Research Group is designated as an Approved PACE Program Provider by the Academy of General Dentistry. The formal continuing education programs of this program provider are accepted by the AGD for Fellowship/Mastership and membership maintenance credit. Approval does not imply acceptance by a state or provincial board of dentistry or AGD endorsement.

R. Andrew Powless DMD opened Florida Special Care Dentistry in Tampa, Florida in 2000. He opened his second location, St Pete Family & Cosmetic Dentistry in 2018. Dr. Powless has been practicing general dentistry in Tampa Bay for 29 years. For the last 20 years, he has focused his practice on dentistry for children and adults with mental, physical and developmental challenges who may have difficulty receiving dental treatment in a traditional environment.

Dr. Powless studied Chemistry in western Kentucky at Murray State University (MSU). In 1992, he completed his Doctorate of Dental Medicine at Southern Illinois School of Dental Medicine while participating in the Illinois Dental Society, the Chicago Dental Society, and serving as class President from 1988-1992. With guidance from the University of Miami, Dr. Powless completed an Externship in Oral and Maxillofacial Surgery at Jackson Memorial Hospital and continued on to participate in an Internship in Oral and Maxillofacial Surgery at Louisiana State University in 1996.

Dr. Powless is one of the few dentists who offers Hospital Dentistry and sedation in a hospital setting in the state of Florida. He is on staff at Tampa General Hospital and St Anthony’s Hospital in St Petersburg, Florida. He can treat his patients at either hospital under general anesthesia and also performs clearances and treatment for patients undergoing organ transplant or cardiac surgery.

Click for Important Information on COVID-19 regarding our dental practice.